The spring of 2021 has been marked by a sideways consolidation that alternates between being "a sure thing" and "surely about to end.  By mid April, bonds had rallied enough that the pattern looked more like a bullish reversal.  By mid May, however, yields looked like they were on their way to new highs for the year.  In both instances, bonds settled back down and gravitated toward the same central levels.  Those larger-scale moves are also seen playing out on smaller scales with last week's rally and rebound serving as the most recent example.  For now, we're trading in slightly stronger territory vs the mid-point of this consolidation pattern and still waiting for whatever it is that will ultimately motivate a breakout. 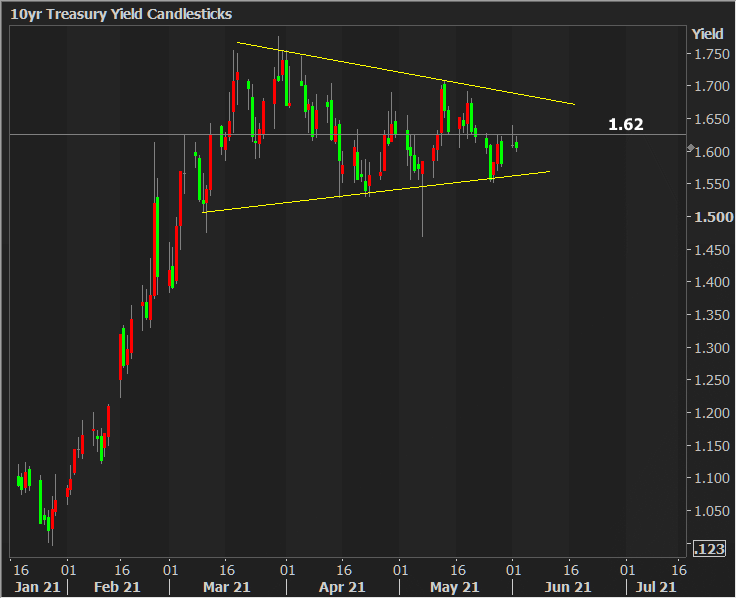 As far as this week's breakout prospects are concerned, Friday's jobs report has the first right of refusal, even if it alone cannot definitively create sustainable momentum.  Between now and then, yields may hunt and peck at range boundaries, but as for any pre-NFP breakout, we'll believe it when we see it.  In other words, moving outside the yellow lines in the chart above would take some fairly big, unexpected news.