Wednesday's CPI data was akin to some passionate political orator making a case for the country to go to war against low rates.  Yesterday's 30yr bond auction stepped in with a "not so fast" counterpoint, and now today's Retail Sales data (0.0 vs 1.0 forecast) gives us hope that cooler heads will prevail.  Bottom line, as of this morning mid-week drama looks to have given way to the same old trading range that's been intact since April 7th.

Specifically, a ceiling near 1.68% in 10yr yields is what we're hoping to hold. 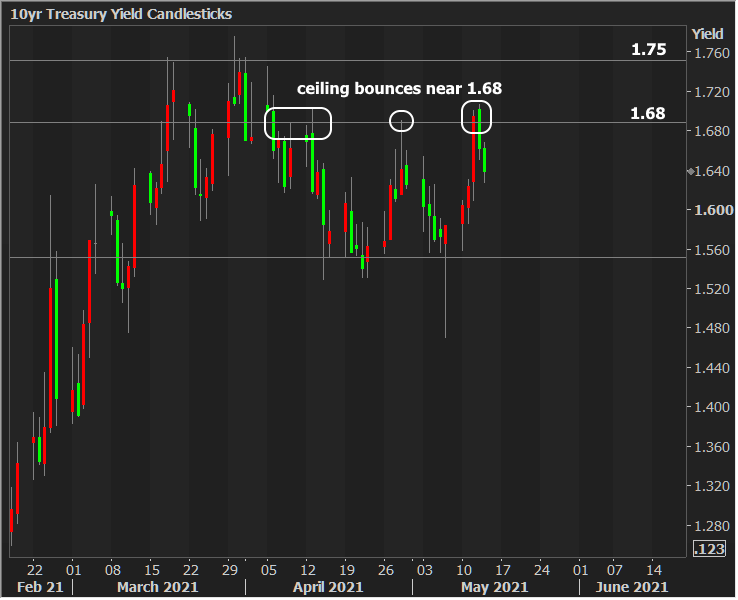 The morning's other data is less significant from a potential market movement potential standpoint, but isn't completely irrelevant.  In fact, we know the Fed is keeping an eye on consumer inflation expectations and the 10am Consumer Sentiment report is one of the only places to track such things.