A few hours after markets closed yesterday, news began coming out regarding a Biden aide mentioning tonight's stimulus proposal would be in the $2 trillion neighborhood.  That's quite a bit more than the $1.3 trillion that had been making the rounds a few hours prior (the same number was thrown around more than a month ago as well).  Treasuries reacted to this overnight with a whopping sell-off of 3bps.  This reflects the fact that markets have largely priced in some sort of $1.3+ trillion in additional spending/relief.  We won't get a chance to any additional reaction until tomorrow's trading session, as Biden won't be speaking until after 7pm ET.

It's another light day in terms of economic data, with Jobless Claims already out at 965k vs 795k forecast and 784k previously.  Yes, this is the wrong direction for an economy that's supposed to be healing from Covid.  It's hard to sort out the caveats.  On the one hand, we might conclude that states with stringent lockdowns are having an outsized impact, but several states WITHOUT stringent lockdowns saw significant spikes in claims.  On the other hand, we could focus on seasonal adjustments and the fact that past trends in seasonal hiring won't necessarily line up with the patterns seen during the pandemic.

Any way you slice it, it looks like Jobless Claims bottomed out at the end of October and have been rising unevenly since then. 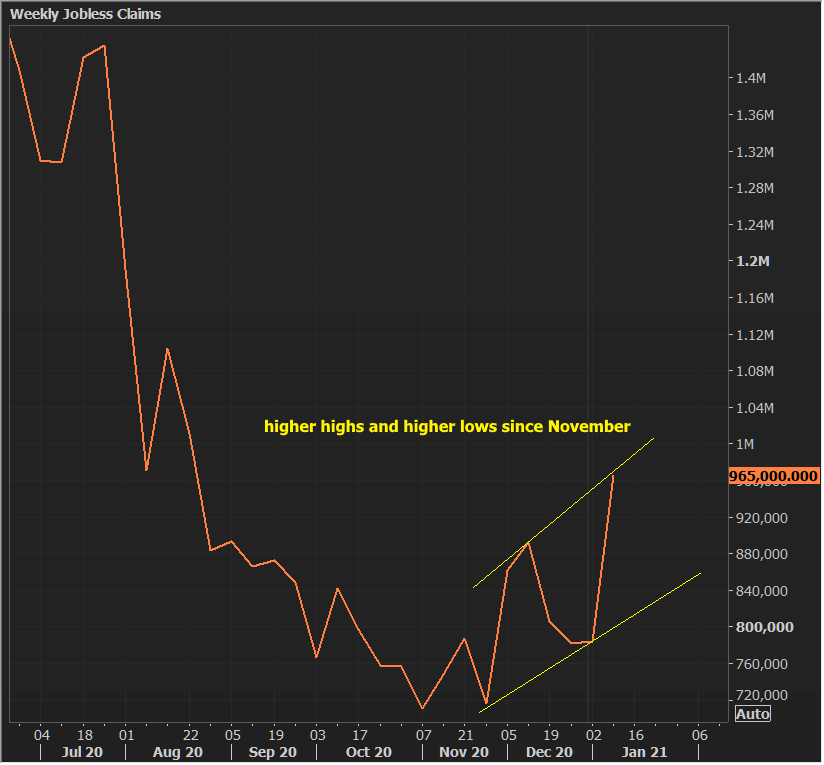 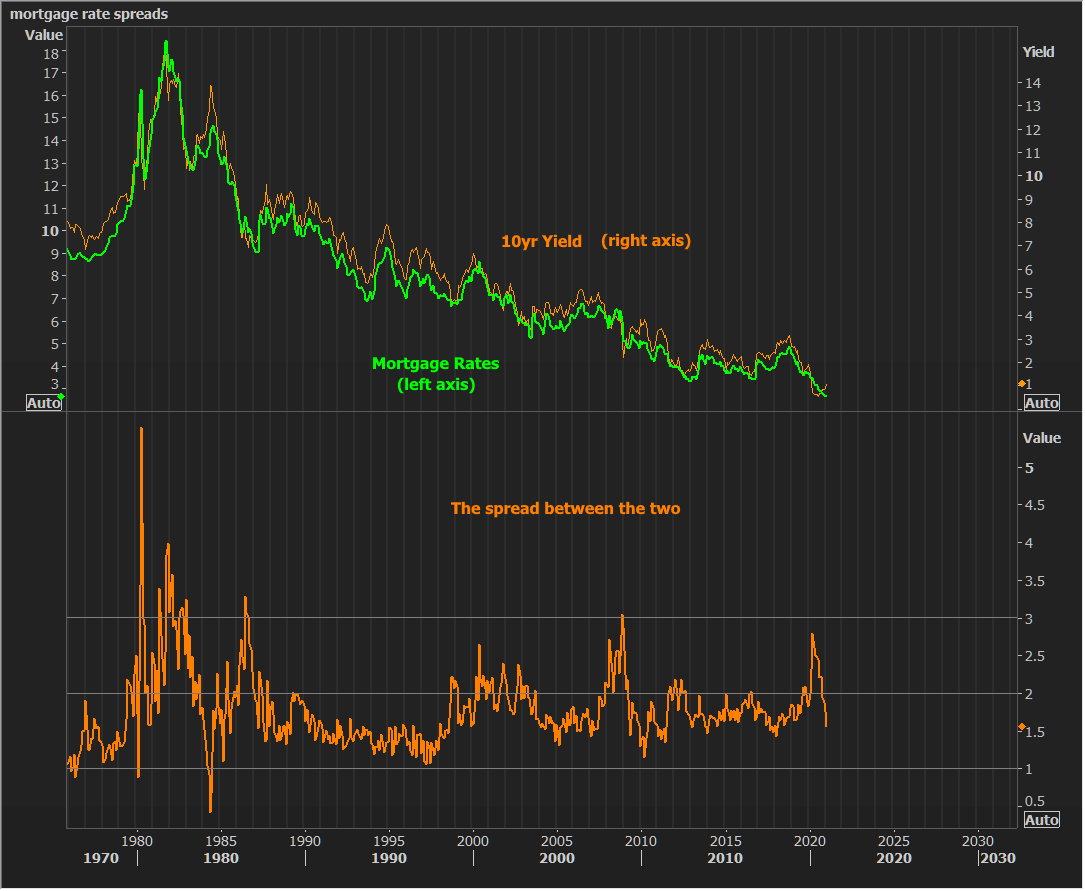