It's NFP day for the bond market although we have to ask ourselves what that really means in a world where the Fed has explicitly stated that it's seen enough labor market recovery to inform its next policy move (and moreover, where the Fed has also explicitly stated that inflation is the key policy driver for the foreseeable future).  Bonds seem to be asking themselves the same thing as traders have been of two minds this morning.

The initial move was modestly weaker, taking 10yr yields back to yesterday's highs and causing quite a bit of liquidity-driven volatility in MBS.  Weakness makes sense, for the most part.  Even though the headline NFP number was weaker, almost everything else in the report painted a picture of ongoing healing in the labor market.  Perhaps most notably, the participation rate broke out to its highest post-pandemic level.  90 minutes later, the ISM Services data was more unequivocally strong with the headline PMI hitting a record high.

Despite the data, bonds are recovering.  Much like yesterday, yields are following stocks very closely after the 9:30am NYSE open.  With stocks selling off, yields are moving lower. 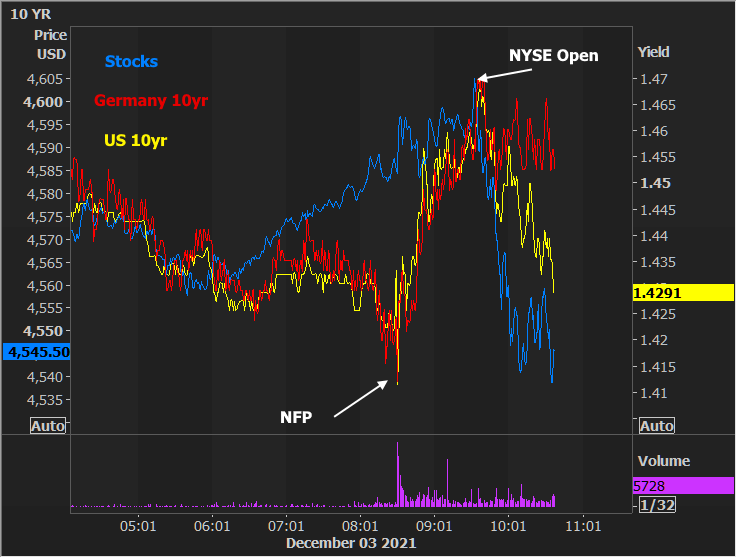 The gains are quickly setting the bond market up for another showdown with the 1.41 technical level (NOTE: before today, we'd been using 1.42, but multiple bounces this week suggest a slight adjustment). 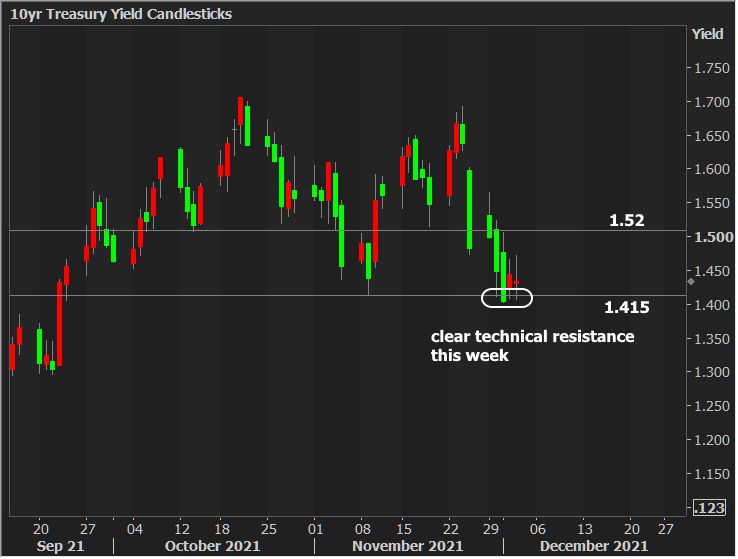