Bonds managed to consolidate by the end of last week after yields surged to the highest levels since June.  They're now faced with the choice to acquiesce to the new, higher range or push back toward the previous range.  At the risk of stating the obvious, unless covid numbers and economic data deteriorate, it's hard to make a case for a quick return to the previous range.  As such, the more relevant question is whether the new trend will be more sideways or directional.  Friday's jobs report likely has a big say in that regard.  Today's trading is casting more of a sideways vote so far with yields up only slightly from Friday afternoon's lows.

That said, anything other than a rally means that today casts a vote to remain in the new, higher range achieved last week. 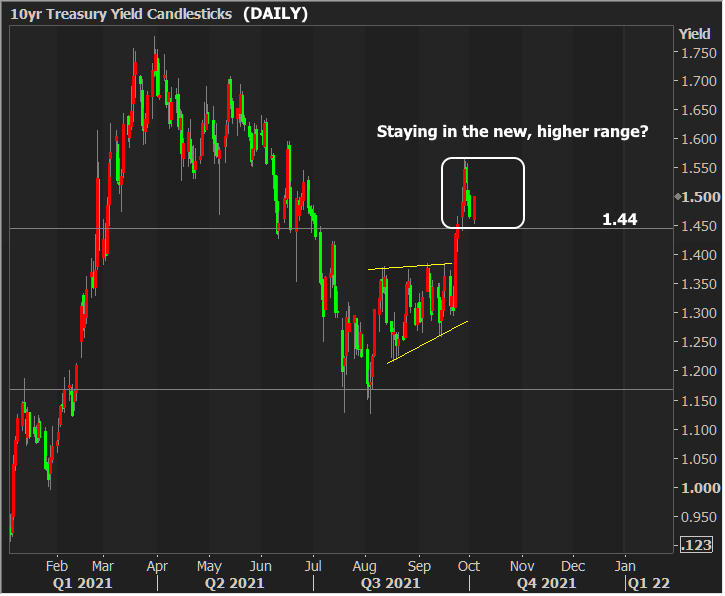 If we zoom in on the chart above (note: the candlesticks below are hourly as opposed to daily) and adjust the pivot points just a bit, we can see this morning's trading clearly rejecting the idea of trying to re-enter the previous range.  Bottom line, while we may not be surging back up to last week's highs, we're still confirming the new, higher range. 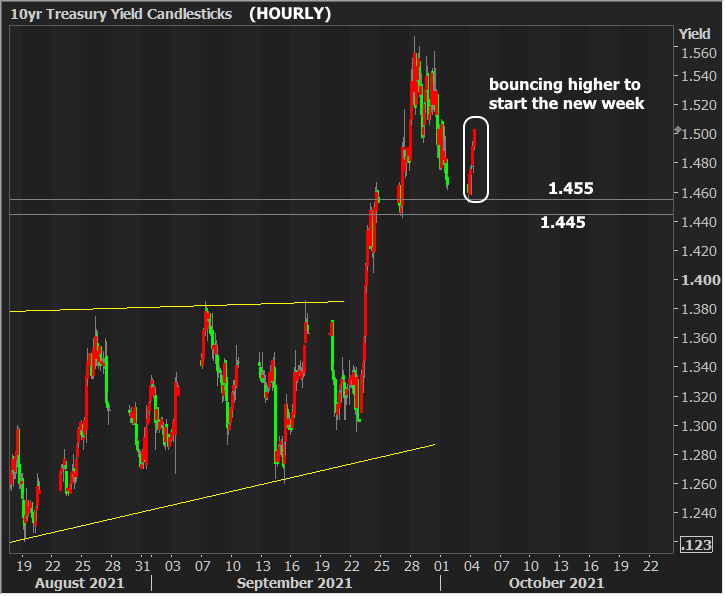